It is always good for a sequel to have something more than just repeating the story of the previous release with only a few changes. Gogii Games did their job very good by giving us the follow up to the story and setting new challenges before the players in Escape the Museum 2.

You play as David from the first game, who was watching TV when an earthquake hit. Everything's fine until he can't get a hold of his wife Susan. 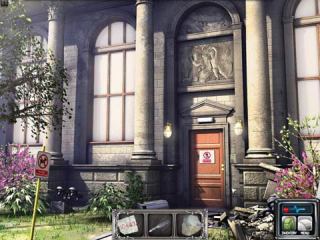 That's when the adventure begins. Now he is heading toward the museum through the all broken streets with fires and others who occasionally need your help.

Each level is a scene that presents David with some sort of obstacle that he overcome - typically by figuring out how to pass through a locked or blocked exit by finding items in the scene that can be used to solve situational puzzles.

While the gameplay becomes repetitive over the game's 30 levels, it's endlessly entertaining to watch David shimmy across rooftops like Batman or come up with MacGyver-like solutions to the situations he finds himself in. 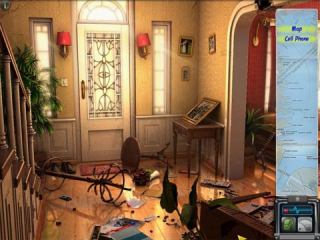 To make things more complicating, David has a heart condition, meaning if his blood pressure rises too high it's not good news. What causes his blood pressure to rise? Clicking on too many incorrect objects. If you do, the screen starts to go red and David will eventually become dizzy, meaning you lose control of the mouse cursor for a few seconds. If you get stuck, you can click on the friendly hobo who has decided to follow you around and who seems to know everything about the city, and who reveals the location of an item by chucking a bottle at it. The game features some great things to deserve being played. So get a trial and make your mind.