Fabled Legends: The Dark Piper - defeat the mysterious figure before he leaves destruction all across Europe!

The tale of rats and the piper is known by many and has been played by many in this genre.

Let's see how the story is told this time in Fabled Legends: The Dark Piper.

And by told I mean all the components of the presentation that should make it both impressive and challenging.

You are not going to see here something you haven't seen before if you've been in this genre for a while.

The story goes as you would expect it. The town is full of rats brought by the mysterious Piper. 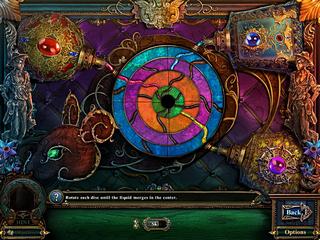 You are supposed to be able to solve the conspiracy behind it and find out whose plan that was originaly.

To do this you will have to do a lot of back tracking, solve many puzzles and find tons of objects.

As for the presentation, the graphics are full of nice colors that make the locations themselves attractive even though they are supposed to be dark I guess.

The Dark Piper has a generous number of really nice locations, but they're unfortunately the setting for some fairly uninteresting interactivity.

There is voice-over in the beginning of the game. So it's kind of not enough, but you cant say it's not there. 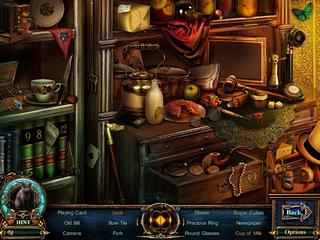 You are not going to see here something you haven't seen before if you've been in this genre for a while.

But it doesn't mean yuo are not going to enjoy it. There are three modes of difficulty and the same areas to cover.

The mini games are quite enjoyable and unique in how they are done. Some of the cutscenes are a bit blurry, but not too cluttered.

And they suggest some interaction. There is a map and a journal to help you. The journal is a bit annoying when it pops up interrupting the game.

You do all this running around the various locations. The game is full of many good components, but I don't think you should expect too much from it. The trial version is always helpful.