Flux Family secrets The Rabbit Hole Collector's Edition picks up where the previous game left off with Jessie stuck in 1980's.

Following her story you participate in a nice blend of a hidden object and adventure genres in one game.

Hanging around with relatives several years as they were several years ago must be fun, but what about trying to solve your problems with the help of yourself in the past? Sounds like even more fun.

That's the situation where you meet Jessie. Herself and her grandfather are trying to help you out and get you back into your time. 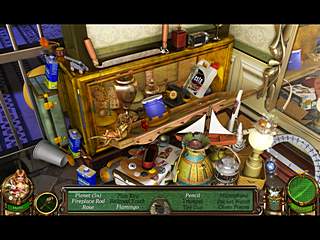 In order to do get back, you'll first have to travel even further into the past and correct some mistakes caused by your prior time travel. Along the way you'll come into contact with real-world historical figures like Abraham Lincoln and Henry Ford, helping them live the life they were meant to.

The game feels much lighter than its predecessor when it comes to the number of historical figures you'll get a chance to interact with, and has very little focus on enlightening players about the past as the previous game did.

The Rabbit Hole plays pretty much identically to its predecessor, featuring a combination of traditional HOG gameplay, fragment object finding, and mini-games. 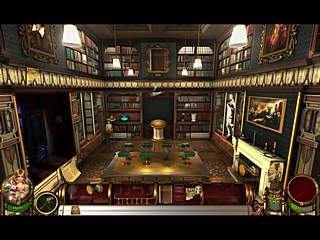 Most of the scenes will have you searching for pieces of objects, which, when completed, will be necessary to progress.Finding objects is somewhat challenging, as the game often tasks you with tracking down really tiny objects or even the dreaded long, thin object that's almost impossible to find. But this level of challenge is mitigated greatly by a hint system that recharges incredibly quickly, letting you easily avoid the frustration of getting stuck on a particular object.

Flux Family Secrets The Rabbit Hole is one of the games you don't want to miss out, but the trial version is for you to make the decision.