Laura Jones and the Secret Legacy of Nikola Tesla

Laura Jones and the Secret Legacy of Nikola Tesla is the sequel of Laura Jones series, developed by Astar Games and published by NevoSoft.

The game combines hidden object gameplay with inventory puzzles and mini-games.Adventures and puzzles are granted to you by the two names in the title - Laura Jones and Nikola Tesla.

The story begins when Laura heads to Europe to visit her Grandmother and discovers a letter written to Gramma from the famous 20th century inventor Nikola Tesla.

The note provides clues to the whereabouts of several parts that can be used to activate one of Tesla's lost-lost inventions вЂ“ a machine capable of providing a clean energy alternative to oil.

The adventure, which spans 14 chapters, offers a mixture of hidden object searches (from a list, or by silhouette), inventory-based puzzles and mini-games. 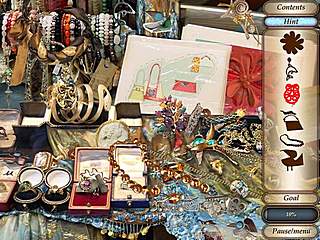 The challenges always tie in nicely with the story, and are as varied as collecting medical supplies to treat a cut finger, designing a logo for the back of a jacket, and catching the chickens that have escaped from their cages.

Sometimes you'll find during the hidden object portions of the game that objects actually move вЂ“ like insects that scuttle across the screen, mice that poke their heads out from behind furniture, and weather vanes that blow in the wind.

Mini-games, which can be replayed from the main menu once unlocked, include tangrams, gear and string puzzles, and brainteasers involving arranging symbols and weights in the correct order. 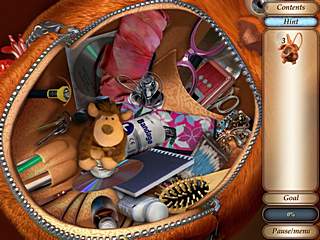 The graphics leave a little to be desired: some items are indistinct from the background, and I found myself using the вЂњclick and hope for the bestвЂќ strategy, which often worked since there's no penalty for wrong clicks and unlimited hints courtesy of a recharging hint meter. The only time you might get tripped up is on some of the mini-games.

Secret Legacy is longer than the first Laura Jones game, which is obviously a plus, but there's little replay value beyond the mini-games.