Stop a potential catastrophe in Treasure Seekers: The Time Has Come!

Download Treasure Seekers: The Time Has Come for Windows.

Tom and Nelly are not young children anymore. Since the first game in the series that was called Treasure Seekers: Visions of Gold the kids have grown up. All the actions take place in 1930s. Nelly is busy deciphering Mayan hieroglyphs when she is suddenly kidnapped by Totenkraft (yep, he is here as well). And guess what? Of course Tom is following the arch-enemy to save his sister. Actually if you're waiting for something original in the forth game of the series, don't be so naïve. But on the other hand, though The Time Has Come reminds of all the its predecessors, it is the same when it goes about the quality of the game as well. 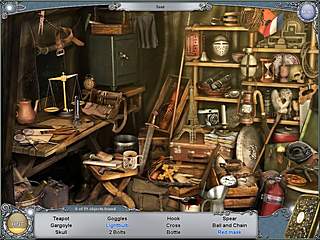 As it was already mentioned, Treasure Seekers: The Time Has Come is based on the very traditional things - Holy Grail and predictions concerning the end of the world in 2012. The themes are so popular that I was a little bit surprised that they were not used in the previous games of the series. And to tell the truth that was the only thing that surprised me in the game. This installment includes FROG, HOG, puzzles and mini-games in various combinations. The peculiarity of this game is that Tom is finally the main hero you're supposed to play for. Nelly was the star of the first two games, then in the third one a little more time and a bit more competence was given to Tom. And here Tom is the only one to act. And this is fun as in all the three games before Tom used to be the butt of his sister's jokes all the time.

As a Collector's Edition, The Time Has Come will provide you with the walkthrough, nine wallpapers and the obligatory bonus chapter. 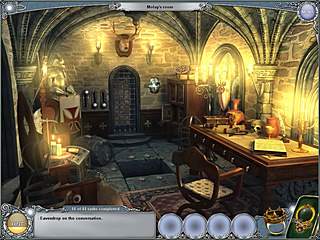 So Tom is following Totenkraft and on his way he visits many places - Paris, Jerusalem, Scotland and Mexico - in different eras, and can effect some future events from the past. By the way this possibility becomes a useful tool by the final part. The graphics is really enjoyable, so you'll like the adventure, be sure!

The two difficulty levels - casual and advanced - are available. But even if you are not a fan of the advanced mode you may chose it here as the availability of a built-in strategy guide will make it rather easy for you. The strategy guide is really useful as it offers a detailed, step-by-step explanations thanks to which hardly anyone can be stuck at all. As for the searches, they include not only the conventional HOG scenes but also the searches for some objects' parts needed to make some larger object complete and functional. For those of you who've already played any game of the series that must be a usual task. Look inside any kinds of I buckets, chests and desk drawers as some of the required objects might be hidden there. And if you still don't know why you're carrying some of the found items, don't think of getting rid of them - some of your inventory you'll use later. 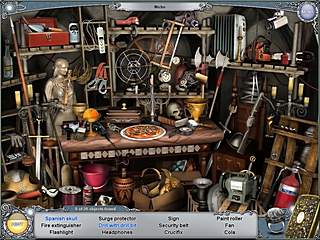 The game is not too challenging, but the thing that is valuable about all the four Treasure Seekers games is the visual effects that are almost perfect. The music is also nice. And as a Collector's Edition, The Time Has Come will provide you with the walkthrough, nine wallpapers and the obligatory bonus chapter. The bonus chapter is quite good though it's pretty short. It took me about three hours to finish the game and about thirty minutes to end the extra chapter. Sometimes it happens so that the ending of the game is a little bit disappointed, but that's not the case about Treasure Seekers: The Time Has Come. May be that's why I felt sad when it occurred that the bonus chapter didn't add much time – I wished to prolong the pleasure I had playing the game.

For those of you who is sick and tired of abandoned asylums, mental institutions, or haunted houses, Treasure Seekers: The Time Has Come might be something special.

Download Treasure Seekers: The Time Has Come for Windows.