Tired of monotonous everyday life?! Are you ready for some unbelievable adventures?! We must give advance notice that there were no precedent for such kind of an adventure! It's improbable! With hidden object game Amazing Heists Dillinger you will become a real gangster! Can't believe? Then download and become convinced!

You should have heard about affairs of one of the most famous criminal men of the XX century John Dillinger! He had a great and unchallengeable talent of grabbing! He was recognized the best thief by practically all the people! Robbers adored him and wanted to develop such a contradictory talent. It was Dillinger who had managed to rob 14 banks in a 12 months period. It was Dillinger who had managed to rise as one of the most successful robbers during the times of Depression. It was Dillinger who was not in the business of hurting people, but was in the business of redisturbing wealth. Everybody knew about him and his affairs. And no one could stay indifferent to him. They either liked him or hated. Some of the people considered him a new Robin Hood, who acted during 1933-1934. Some of the people called him В«A Public Enemy в„–1В». Thus the game developers decided to acquaint you with this criminal man and even become his assistant. Who knows maybe you will overcome this Robin Hood and manage to make a fortune even larger then Dillinger! 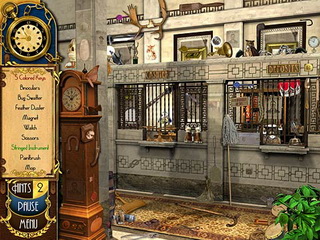 The game is so unlike others, that even its modes are unique. Thus you will have to choose between Gangster mode (where all segments of the game are timed) and Lightweight mode (where hidden object scenes have no time limit). After this you will have to staff your team. There is a special room where you can choose a member. Each member has his own strength, which will give you an edge in certain areas. Among them are Russel Clark, John Hamilton and others. The game always gives you an opportunity to earn some money. You can find cash practically on each step. During passing level, you will be involved not in finding hidden items, but in collecting things which will give you extra money. For example, in every level there are Dillinger coins, posters, a vault icons, cash... And all this turns into either $5000 cash bonus or additional time. 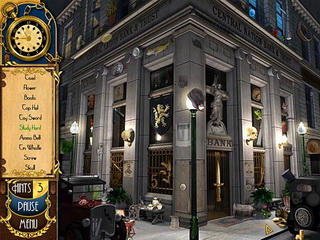 The tasks are also unique. Each level consists of several parts. During the first one, you will have to collect hidden items, money and bonus cash. In such a way you get prepared for the further actions. After this you choose a bank: it may be a Commercial Bank, Montpelier National Bank or Massachusetts Avenue State Bank. And find keys, open safe, make members of your team guard the entrance and tale money from safe!

All you need for playing the game is enthusiasm and readiness for some risky affairs! But nothing venture, no game!