Dream Chronicles: The Chosen Child is exactly what you think of - another release of a hit game from KatGames and PlayFirst.

The game is no worse than its predecessors. You'll enjoy the content as well as the form without a doubt.

The game begins with Faye waking up with no recollection of her past or who she really is, except that she keeps having dreams that she has a husband and a daughter who's taken by the Fairy Queen of Dreams.

Guided by a good-looking man who communicates with her through a crystal ball (those who have played previous games will quickly figure out who it is), Faye sets out to save her child once more. 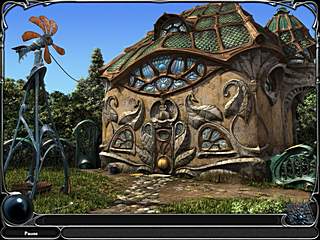 She's thwarted at every turn, though, by mischievous fairies who seem to be doing everything they can to impede her progress with their magic in the form of mini-games and brainteasers that must be solved to move on.

Like the second game, this release consists of scenes that can be moved through freely in order to search for and pick up items that can be added to the inventory and used elsewhere in the location.

The Dream Chronicles series has earned a reputation for having beautiful visuals and music, and this one is no exception.

Each of the game's environments has been lovingly crafted with a soft, distinctive art style bursting with detail, and the soundtrack is equally evocative. 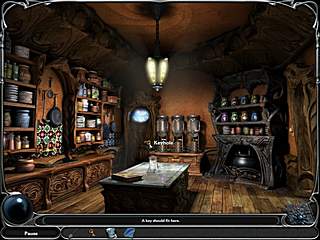 In terms of length, the game is on the short side (expect to finish it in 2-3 hours provided you don't get stuck on a particular puzzle).

When you finish, your score can be uploaded to a global leaderboard, and you can always replay the game to try to find more dream pieces and gold nuggets.

What's more, some of the key items themselves will be in different places the second time around.