Play an addicting game Echoes of the Past: Castle of Shadows CE!

Download Echoes of the Past: Castle of Shadows CE for Windows.

Echoes of the Past: the Castle of Shadows is the continuation of Oreon's Echoes of the Past: Royal House of Stone, the game that managed to get hundreds of admirers. The second part has a lot of new features that differ it from the wide row of other puzzle games and make it really fascinating.

This game has a very interesting and intriguing gameplot that will keep you in tension till the end. Being invited to the exhibition of the Royal House Museum, you find a strange painting among others. The beautiful queen depicted on it comes to life – her spirit leaves the picture. She tells you that a witch has cursed the citizens of her town and turned them into shadows. There is no alive soul now, but only silhouettes... The only way to turn all these poor people back to real life is to find out the pieces of the royal's family relic – ancient amulet. Save the kingdom by collecting all parts of the lost amulet! 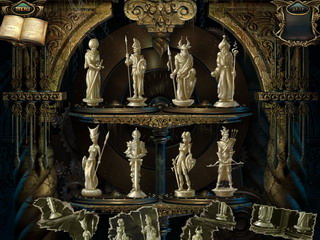 As for the structure of the game, there is no clear level differentiation, but we may divide the game into so called “blocks”. It means that there is a citizen, which you are to rescue. For this you should fulfill a row of actions: solve puzzles or quests. After a citizen is returned to real life and it's turn of the next one to be rescued, this means that the new block starts.

There are also different genres presented here – quest, hidden object, adventure. As for the hidden object parts, I'd like to mention that they are a bit contradictory. From the hand, they are ordinary as you are given a list of items to be found. But from the other hand, there are some items which are added to your inventory to be used in the quest parts. Also there is a specific object in every location. It means that it is incomplete and you should fulfill sequence of actions in order to get it. For example, you should find a burning candle. At first, you look for candle and matches, burn it up and only then pick an already burning candle up. If you experience difficulties with finding an object, you can always use a hint. But here we have an unusual hint system: there is no recharge option. As for me, it's really convenient to use as many hints as you can. 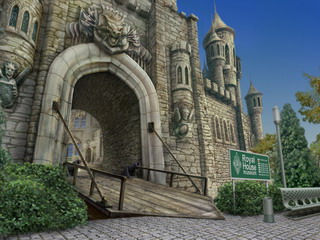 In the quest parts you will as always move from location to location and complete some tasks. But here we get one more feature: sure that sometimes you'll have to come to the same location back for several times. But the tasks are so involving and the graphics is so good, that you will not even notice that you have already been to that location. Maybe this feeling was caused in me because of the variety of task. But maybe because of the cute graphics... It's so skillfully made, that sometimes you can't realize it is reality or just fantastic world! Ancient castle with many enigmatic rooms and many other captivating things.

Also there are a lot of minigames. They are very different and completing them you will not feel bored. For example, there is a clock in the castle, which is needed to be winded up. But you don't know exact time. For this you are to fulfill some quest parts and find out a note with time. After that you return to the castle and wind the clock up.

In summary, I would say that it's a really fascinating game, so you won't regret that you spent your time on it, especially if you like adventure, mystery and puzzles. Don't you want to travel through the echoes of the past and save the kingdom, using your hidden object skills? Don't miss your chance to save the queen and her kingdom!

Download Echoes of the Past: Castle of Shadows CE for Windows.