Play an addicting game Empress of the Deep!

Empress of the Deep: the Darkest Secret must be one of the not so many games that I dare to call "excellent". And I think a lot of other people will join my opinion. It has all the features that are necessary for the game to deserve such a remark: polished graphics, awesome sound and really thrilling story.

The game starts when a girl, who has been sleeping for over a century, wakes up in an unknow place, without knowing who she is and what she is doing here. At this particular moment, you must think that such kind of an idea for the gameplot is far not new for the casual games today. But read to the end and you will be surprised. So, she awekens and hears a voice of a man telling that her name is Anna and she should trust him, Jacob, because he is a real friend and only he can help her. She has nothing else to do and thus agrees. And indeed the voice always helps and never lies to Anna. Later she starts investigating the locations and finds out herself at the bottom of the ocean. You will for sure be amazed by the graphics. It's just unbeliavable and because of this it will be a great pleasure for you to uncover the next locations. Also the scenes are not stable. 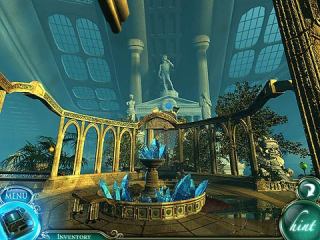 For example, there are three so called main Vaults: Vault of Art, Vault of War and Vault of Science. If you enter the first one, you will find out there a lot of human masterpieces. There is even the Mona Lina and far more. And you can watch them in close. When you enter the Vault of War, the scenes will be a little bit dreary with striking lightnings. Besides, you will be followed by Jacob's mysterious voice (and not only his). The voicing is splendid. By the way, there is also a written form of the text voiced so that it would be conventient for you. And all these together will make you feel being in a distant dream with you as a main hero.

But let's return to the plot and your main goals. Your mission is very important: you are to save people. But from what and how will remain a secret till the end. As for the secrets, I must admit that the game is just full of them. Every time you think that you have solved one, another mystery appears. There are also a lot of items scattered around that you should collect. But you never know when you will apply them: right now or at the end of the game. And all that even rises your interest of passing the game to the end. 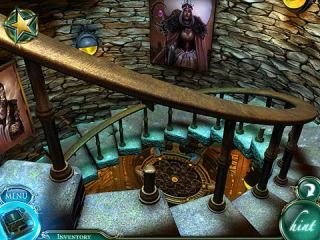 As for genre. The game repesents a mix of HOG and quest. But there are not so many "pure" hidden objects scenes you should explore. I mean there can be only one object on your way you should notice and collect. There are also a lot of mini-games of different kinds. For exaple: activate 10 hidden purple orbs or light up a particular amount of orbs by rotating them and more.

There is also a book, which consists of several parts. One of them tracks your success. Another calculates the number of flowers collected (you'll know what they for only after collecting them). Also it contains clues and map.

On my opinion, there is only one disadvantage of the game: its shortness. But maybe it's an advantage and all the players who liked this game will be awaiting for a new release. Any way, if you start playing, it will be hard for you to quit the game without passing all the levels till the end. That's why don't start playing if you have no free time. Firts of all prepare approximately three hours and get a lot of pleasure.