Ghost Towns: The Cats Of Ulthar - explore a town where citizens worship cats from ancient times!

Download Ghost Towns: The Cats Of Ulthar for Windows

Cat people, this is your time! Okay, maybe that was a slight exaggeration, but the game does talk about cats. A lot.

Or at least they play a special role in Ghost Towns: The Cats Of Ulthar.

The story isn't happy, and the levels aren't easy in this hidden object puzzle adventure game.

Maybe the game is more attractive for the dog lovers because cats kind of represent evil here.

The town that you arrive to was overtaken by some sort of a cult that worships cats. As soon as you arrive in the town you meet Menes, a boy that is about to be executed. 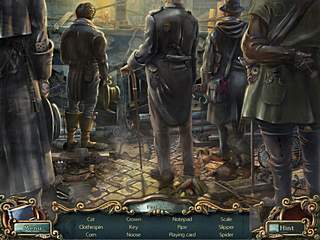 As far as you exploring Ghost Towns: The Cats Of Ulthar game world, you will gain more and more clues that your beloved one's destiny is connected with the strange religion of the Ulthar.

The game features the three major parts of the games of this genre. Gameplay is pretty standard for the Hidden Object games.

You are looking for the objects, named in the list below your screen.

After some time you will have a hint, opening one of the objects for you (hints are rechargeable).

After 1-2 hidden object scenes you will face the puzzle (matching objects, repairing mechanisms, opening locks and so on), most of them are familiar to every experienced casual gamer. 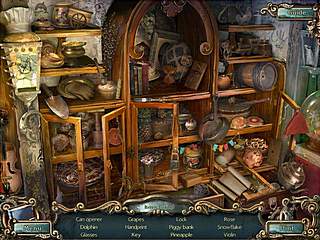 There are many hidden object scenes. They are straight HO without any variations.

The adventure part is not very innovative making it less of an adventure.

You are to accomplish all the familiar tasks that you did in so many different games.

The puzzles that you get to play are kind of the same. They are all the classic ones with a low challenge level.

The game is good, but it has its flaws, that by the way may not seem flaws for some. That's why it is always good to try the free version first.

Download Ghost Towns: The Cats Of Ulthar for Windows