Here is another joyfull piece of news for the hidden object genre fans. iWin has developed and published another game to the Jewel Quest series.

The title isn't lying to you - there really is another mystery for you to solve.

Eva Witheby is now called by her uncle to the Southeast Asia for help.

Be ready to go through a decent number of hidden object levels. All of them are spreaded over 20 locations. 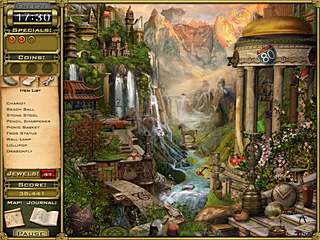 Those include India, China, Thailand and Australia. A number of locations in each of those will be clattered with all kinds of items.

Don't expect those items to have anything to do with the story. But at least the are not just scattered all over the place quite obvious to everyone.

Jewel_Quest_Mysteries_2Also hidden in each world are gems you can collect (which can be used as currency to buy power-ups, such as an extra hint), gold coins (which go towards your overall score) and ways to uncover shards that let you play a Match 3 mini-game.

You can uncover shards by finding a hummingbird in the environment, who will be carrying a piece of these game boards, and you can also use the correct item in your inventory to find these items, too. 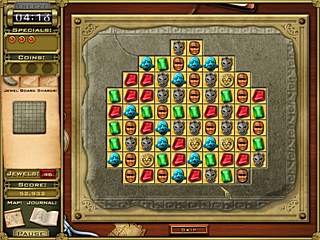 You'll have a limited amount of time to complete each puzzle, too, and if you click incorrectly three times you'll be penalized with 30 seconds off the clock. One of the power-ups you can purchase, though, is to freeze the clock for a minute -- but it'll cost you eight jewels.

Jewel Quest Mysteries 2: Trail of the Midnight will definitely be a lot of fun for most of the gamers.