The first thing you will think about is: «Where am I...?» And it is not for a particular reason. The matter is that you will get to the unknown lands and even more: you are to become their hero! You are the one who can save the abandoned lands, I even dare to say the worlds!

Kuros is a combination of different game genres. It resembles an adventure game as you will travel to 5 lands of wood, fire, ice, water and metal. It has features of a quest as you will have to make some searches of items so that to put them on their places. But all these genres are based on a hidden object style as you are to look for the map pieces during all the game long. Looking for map pieces is a compulsory task because they give you an access to the next level. So be attentive while collecting them as they are very necessary! 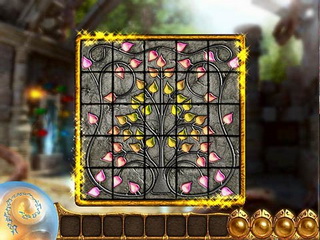 The story-plot differs from the others. Mainly because the logic of narration is broken. When you start playing, at first you can't understand what is going on and what you are to do. You even don't know who you are. But after passing the first level, you find out that your name is Katya and you have a special mission. Like in some other games you should save the world. Not the world we live in, but the one which consists of 5 lands as was said above. After exploring the locations and solving a row of mini-games on one land, you are to reveal the mystery of a glyph stone. It executes the same mission as a map. Because it transfers you into the next land. Every land has its master, who knows the secrets, which can help you. But in spite the fact that a master looks like a respectable creature, don't believe his appearance. He knows how to help you, but you will have to do him a favor for this. For example, a ruler of fire land will ask you to bring him special plants from the wood. Only after this he will think over help. 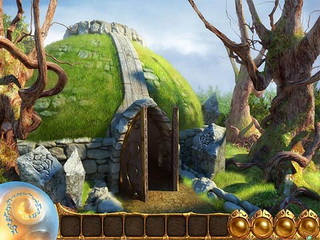 Most of all I liked mini - games. They are not so difficult as the main tasks and do not demand so mush time. The nature of one of the mini games is to guide the ball through a maze. According to another game, you will have to figure out the correct pattern of crystals and so on.

In general, you will enjoy the cute graphics and especially voicing of the characters. The music is also not so bad. But the game in whole is a bit difficult. If you prefer not the easy ways, you will like it. It is the matter of taste.