The new release in the world of hidden object games is represented in a detective style. So this time you will be able to act as a detective and investigate a really important case of missing the ancient diamond. As in real life, there will be suspects whom you will have to question, and clues, which you will have to find.

India. 1799. Colonel Herncastle unexpectedly finds a rare diamond. It was situated in a head of Hindu god statue. Colonel wanted to give this diamond to his niece, Miss Rachel Verinder, as a gift. And his desire realized but only after he has gone to another world. Rachel got a diamond as a birthday present from her old friend Franklin Blake. There was a birthday party with 9 quests. 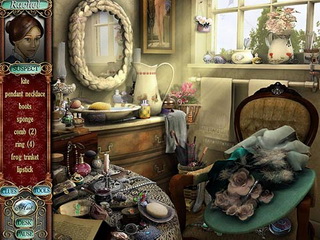 Everything was fine untill the next morning. When Rachel woke up, she found out the diamond was stolen. But who dared to doo such n awful thing and where is it now? Detective Cuff will become a Sherlock Holmes in this game and try to find it. Sure it will be not an easy task. As there are a lot of rooms in the house and places to hide the gem. And Cuff will need a support so that to investigate the case as soon as possible and find a thief. As you might quess, this support will be provided by personally you.

There are so many puzzle and hidden object games, that developers of Mystery Masterpiece: The Moonstone tried to signle out their casual masterpiece from others. You are to judge whether they managed. But the game really has some special featues. 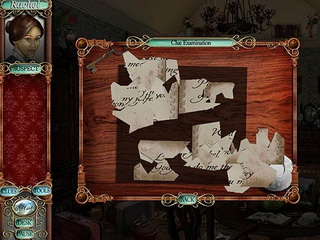 First of all music. Hardly one can find a game with classical music. This game is followed by it. Moreover music was written by a well-known composer Tchaikovsky. Don't forget that you will act at the begining of the IX century. Thus not only music but clothes and surroundings will be presented in the spirit of that times. Secondly, ability to switch between rooms. It means that once youhave find all the items, there may be one that is not easy to take and you will need a special tool from another room so that to take it and complete investigation. Thirdly, as it is a detective gameplay, you have an opportunity to conduct a profile of a sucpect. And any time you can return to it and review.

As was already told there will be 9 suspects to question. Each suspect has four rooms or places for examining. Thus there are 36 levels with beautiful graphics. On my opinion that's quite enough to enjoy the game without getting bored. So try to act as a detective and find out who stole the diamond! But take care! The more you play, the more involved you become!