Play an addicting game Puppet Show: Souls of the Innocent!

Download Puppet Show: Souls of the Innocent for Windows.

For those who enjoyed Puppet Show Mystery of Joyville there is another part of this magnificent Hidden Object series with puppet-themed adventures: Puppet Show: Souls of the Innocent by Ers Game Studios. Like its predecessor, this sequel stands out for its quality and fascination among recent hidden object novelties. This one actually has almost the same components as the previous hit but I would define the game as not only significantly improved but in general just of a much better quality. That becomes very obvious after a few minutes of playing for any gamer whether you are a newcomer or a guru of the genre. 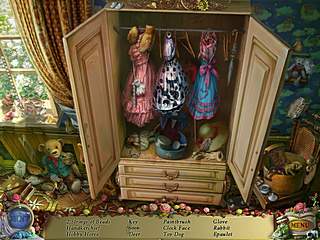 Puppet Show: Souls of the Innocent Collector's EditionYou play as the very same detective who arrives to the town in connection with strange cases of people fallen asleep and not woken up any more. Your first steps of investigation lead you to the conclusion that it's Felicia who's standing behind the incident. Every now and then your eye catches broken and mutilated puppets as well as the spider puppet already known to you from the first part.

The main principle remains the same: you are to investigate locations, find missing items and solve puzzles to proceed further. A kind of a mix of HOG and adventure style. Hidden objects are neither easy nor too difficult to spot, so it's the optimal level, I should say. Minigames appeared surprisingly interesting because I haven't seen similar ones to the part of them in other games yet. Having finished the game, you get access to bonus levelsPuppet Show: Souls of the Innocent Collector's Edition and extra-pleasure. 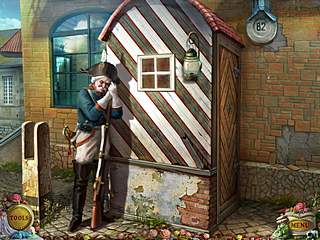 The graphics are as expected, created very well. Indeed, everything in the game is exquisitely drawn in lush colors and marvelous details. Every tiny component looks perfect to immerse you into the world of a fairy-tale, and you can't help but enjoy the process in full measure. There isn't a great deal of story to be had – you spend most of your time just figuring out how to get certain doors or drawers open – but what little there is will keep you playing to find out what happens next. In general, the game is a masterful showing and an absolute must-play for anyone who likes a good campfire ghost story.

Download Puppet Show: Souls of the Innocent for Windows.