Today's release should please all the hidden object adventure fans. Strange Cases: The Secrets of Grey Mist Lake adds another game to the Strange Cases series.

The game is all about the mystical and paranormal again, but it is very polished again too.

Well most of the legends have their roots and they don't just pop up in the minds of people.

This time around you join and her friend on their journey to a strange town with some legends. 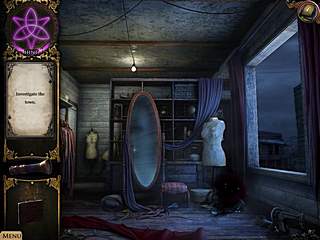 The legends say that there is a mist that is able to come down on the town and trap the whole place and its citizens, making them all disappear.

Well most of the legends have their roots and they don't just pop up in the minds of people.

This one proves to be true when Claire's friend disappears after encountering a ghost.

That ghost girl on the road was the first one of many they are to interact with.

The game balances the interactive adventure part and the hidden object levels mixing into it also some random puzzles.

The puzzles are basicly old same mini-games that you see in almost every game of this genre, but they still have some new twists and connections to the story of the game. 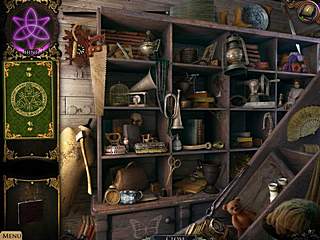 The gameplay is tied tightly to card that you collect along the way.

They are supposed to guide you. And they really do.

The cards tell you the next task to accomplish and they reveal you the list of items to find in the hidden object levels.

That's why it is the first thing you do in those levels - you try to find a card.

The game looks and sounds amazing.

It is really a pleasure to spend a few hours in a game lots of thought and work has been put into.