Surface: Mystery of Another World - investigate another world just past your reflection!

Those who spend lots of time playing hidden object puzzle adventure games know how many of them are actually released every once in a while.

This creates this anticipation and hope to see something innovative in every new game of the genre. Surface: Mystery of Another World might be one of those for some, I think.

Some parts of the intro make you feel like you watch a movie and then you interact with the movie characters.

Surface: Mystery of Another World is a game with not so surprisingly new story, but it does stand out with the intro and the general presentation of the game. 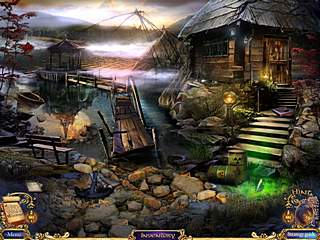 You play as a father of boy who mysteriously disappears. It is your job to find him now.

Finding him suddenly acuires a supernatural flavor as you encounter some strange situations and notice a possibility of another world existing right next to you.

The game's graphics are very beautiful and detailed.

While lacking in a widescreen graphics option for those playing on larger monitors, the hidden object scenes have items that are quite crisp and colorful. 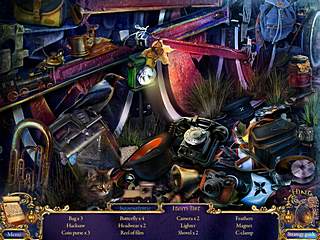 There is a lot of going back and forth as you collect inventory and think how to use it.

You should also not forget to collect red flowers as they provide bonus mini-games. Those little puzzles are of all kinds and fun to play.

The hidden object scenes are cluttered with items, but that makes them more challenging.

Nothing new here but, on Casual Mode, you have plenty of hints and you can misclick as much as you like. There are three modes to choose from - Casual, Advanced, and Hardcore.

The game is impressive with all it has, but it might not be as innovative as some would expect from every new release.