Whispered Secrets: Into the Beyond - Casual games reviews.

Whispered Secrets: Into the Beyond is recently released hidden object puzzle adventure game with a bit of twist in its story!

You wouldn't expect to be overwhelmed with a game story by now - and I wasn't, but did throw in quite a few ingredients...

Have you played a game where your mother in law is poised? On your wedding day?

How about this turn of events? And after that your beloved knows how to cure her but he gets abducted by some mad inventor.

Now you need to go after him to a parallel world. Traveling to other dimentions is as new as poisoning somebody's mother in law, though. 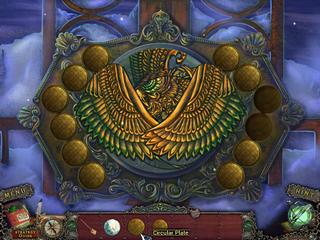 Both this world and the parallel one is presented with very nice graphics with a lot of details.

The voice overs and music follow along very well.

The game play is pretty standard (not meaning boring).

You do play a lot of interactive hidden object scenes, whitch can be switched to match-3 puzzles.

The puzzles and mini-games don't seem to be so difficult to solve.

One of the things that makes you want to keep going is the observers that you need to find almost everywhere. 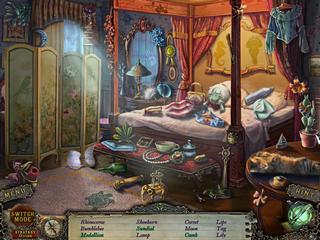 They turn into spiders and than you need to catch those.

There's also a list of achievments and a map and a strategy guide - things you would expect from a collector's edition.

Well, just like our character with the wedding you need to choose if you want to keep it going or maybe you would rather leave it behind.